It’s not About Us.
It’s about them.

Silver Spring Neighborhood Center has been helping families and individuals of Northwest Milwaukee obtain self-sufficiency since 1958.

This impressive facility on Milwaukee's Northwest side is home to the Silver Spring Neighborhood Center, our Elaine Schreiber Child Development Center, and Browning Elementary School.

Founded as a “settlement house” style neighborhood center to serve the residents of Westlawn Housing Development and the surrounding area, Silver Spring Neighborhood Center started as a 3,000 square foot building with an adjoining playground.

The Turning Point Learning Center (now the Silver Spring Academy) opened its doors to tutor pupils who were in danger of failing in their regular school.

Milwaukee Public Schools invited SSNC and the Housing Authority into a three-way partnership, which resulted in the construction of a Browning Elementary School attachment.

With the completion of the Browning Elementary School addition, Silver Spring Neighborhood Center now occupies over 11 times the space of the original building.

Once again, we received the prestigious MANDI Award. This time we also received The BMO Harris Cornerstone Award recognized the SSNC for our commitment and effectiveness over time. We were also one of three winners in the Wells Fargo People’s Choice Award, an online social media campaign that selected public picks for three winners across all award categories.

This one was so big we decided it needed it's own bullet point. In 2017, we received a beautiful Multi-Sport Complex gifted to us by the Milwaukee Bucks and Johnson Controls. This included a basketball park, a soccer practice field, and recreation space. 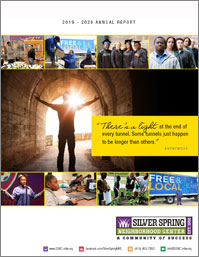 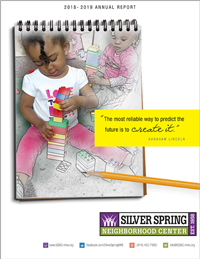 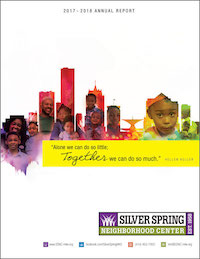